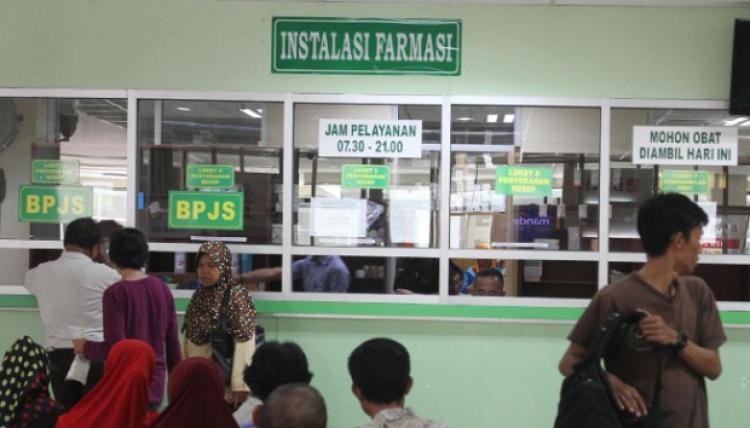 Gratification in the medical profession

According to Tempo, PT Interbat allegedly distributed Rp 131 billion of cash to physicians during the last three years, 2013-2015, in a bid to make them prescribe drugs produced by Interbat. This sum of money were distributed to 2,125 physicians and 151 major hospitals in 5 provinces: Jakarta, Banten, West Java, East Java and South Sulawesi. Tempo's investigations revealed that a physician can receive between Rp 5 million up to Rp 2,5 billion.

Indonesian Corruption Act under its articles 12B and 12C detailed about the act of gratification. These articles prohibit state apparatus or civil servants from receiving gratification. When they received gratification, they are obliged to submit what they have received to the Corruption Eradication Commission (KPK) within 30 days. Otherwise, their act of receiving gratification would be construed as bribery, liable for a criminal sanction between four to twenty years in prison. The Interbat case sparked a public controversy, particularly among the medical profession, of whether medical doctors are counted as civil servants as referred to by the Law on Corruption Crimes.

The definition of civil servants in Indonesia is not limited to anyone working for and received stipends from the state. It also encompass anyone appointed from a selection based on general regulations (article 92 of the Criminal Code/KUHP). According to Law No. 29 of 2004, medical doctors can only open practice when they have obtained a Certificate of Registration (STR) from the Indonesian Council of Doctors (KKI), an institution that answers directly to the President. Simply put, a physician may not take medical measures, including prescription of drugs, without state authorization from KKI. Ergo, medical doctors are classified as civil servants by this definition.

The main point of the Minister's Decree is to strongly prohibit Health Ministry Apparatus to receive gratification that is considered as bribery. Among others, this include product marketing fees, cash back for personal interest, gratification on procurement or any other authority, and sponsorship on marketing or research of a product. Additionally, the Minister's Decree also established a special Gratification Control Unit (UPG) within the Ministry, which is intended to enforce prevention of corruption.

The regulations enforced in the Law on Corruption Crimes and the Health Minister's Decree No 14/2014 have positioned the profession of medical doctors as a subject that can be charged with corruption crimes, whether they are state (civil servant) or private physicians. Should there be sufficient evidence of any physician receiving gratification, then law enforcement officers like the National Police, Attorney General's Office or KPK can begin a legal process.***

For Ronny Maryanto, the 2014 election was not a celebration of democracy. The national jubilation turned out to be the beginning of his predicament. Now, Ronny – an election observer from the Committee for Investigation and Eradication of Corruption, Collusion and Nepotism (KP2KKN) in Semarang, Central Java – must face legal charges.

Ronny's story began when he filed a report of money politics practice implicating the Vice Chairman of the House of Representatives (DPR) Fadli Zon to the Electoral Supervisory Committee (Panwaslu) of Semarang. Accordingly, Panwaslu followed up on his report, and south after witnesses that received money around Pasar Bulu area. Thereafter, Panwaslu halted their investigation when they were unable to find money politics recipients to testify.

Ronny took it upon himself and went to Pasar Bulu to find witnesses. He actually found the recipients of money politics packages from Fadli Zon along with evidence of Prabowo-Hatta campaign posters for last year's Election (as described during the Electoral Supervisory Board – Bawaslu press conference, November 5, 2015).

Soon after, Ronny was placed at the other end of a counter report about libel filed at the Police Criminal Investigation Unit (Bareskrim). Ronny was charged with article 310 of the Criminal Code about defamation and article 311 about slander. This report was swiftly processed that on Nov 11, police declared dossiers to be complete (P21) and was submitted to the Attorney General's Office for prosecution. At the same time, Fadli Zon spoke to the media and claimed to have no knowledge about the case and have even forgotten about the original report.

This affair proves to be another ugly precedent in facilitating public participation on election monitoring. The people will fear criminalization when they take a stand and actively report allegations of electoral misconduct. According to Donal Fariz, Coordinator of Political Corruption Unit at Indonesia Corruption Watch (ICW), public observer have a good chance to be charged with defamation, which he describe as a rubber article. Donal also strongly refused a suggestion from Central Java Governor Ganjar Pranowo to file another counter report against Fadli Zon using the same article – defamation.

In roughly one month, the people will participate in another celebration of democracy during the regional elections (pilkada). Public participation would be essential to ensure a good election to find competent leaders. The criminalizing case against Ronny should not continue, it need to stop. The President need to intervene with a stern warning to the Attorney General and a firm instruction for the Police and Attorney General's Office to prioritize reports of electoral violation instead of defamation cases.

The parallel regional election is getting closer. The public believes that protection of their rights to participate and to take a stand against any electoral violation encountered can save the upcoming election from corruption.***