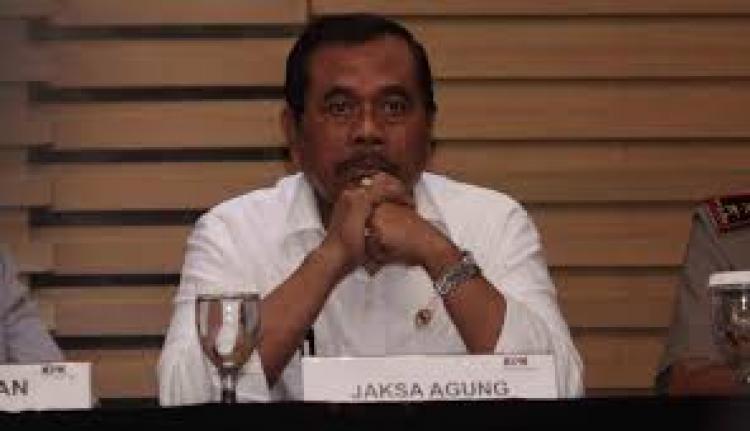 To Replace the Attorney General

The national civil society is escalating pressures to oust the the reigning Attorney General. Essentially, they consider the AG to have performed poorly during his tenure, particularly in enforcing the law, human rights and corruption eradication.

Ever since HMP was drafted as candidate for AG, many had doubted his capacity and impartiality to run the office, since he was a politicial from the National Democrat (NasDem) Party. The civil society suspected that if members of his party should be implicated in corruption case being handled by the office, there would be a towering chance of conflict of interest in the ensuing investigations. His appointment was also criticized for being contradictive to the President Joko Widodo (Jokowi's) Nawacita campaign, in which the Corruption Eradication Commission (KPK) and the Financial Transaction Report and Analysis Center (PPATK) were not involved the way Jokowi select candidates for other ministerial positions. Whereas many other public figures were considered to have the necessary competence, fortitude, achievements or capacity to sit at the Attorney General's Office (Kejagung).

During the first year of the administration of Jokowi and his Vice President Jusuf Kalla (JK), the civil society coalition that involves KontraS (Commision for Victims of Violence and Disappearance), YLBHI (Indonesian Legal Aid Foundation), ICW (Indonesia Corruption Watch) and Taktis (Civil Society Against Criminalization) have recorded several particular points which concerns the performance of Kejagung.

YLBHI and Taktis also pointed out by further notes with a conclusion that the Attorney General have maintained a central role over criminalizing moves against 49 individuals that were investigated, arrested, detained, and named as suspect by the Police's Criminal Investigation Unit (Bareskrim) in a consecutive and structured chain of events. The criminalizing moves was taken against KPK, the Judicial Commission (KY), Komnas HAM, as well as lecturers, former Chief Justice, and anti-corruption activists, as soon as they make public comments regarding the naming of Commissioner General Budi Gunawan as a suspect of corruption. The victims in this move include Bambang Wijdojanto, Abraham Samad, Denny Indrayana, Tempo (as a media), Suparman Marzuki Taufiqqurohman Syahuri, and still many others. In all these case, Kejagung palyed a significant role to control incrimiations starting from the initial investigation at the hands of the Police.

From the perspective of corruption eradication, ICW recorded several notes. Among others, these include the implementation of the Presidential Instruction (Inpres) No 7/2015 on Prevention and Eradication of Corruption (PPK). Out of 17 tasks listed in the PPK National Strategy (Stranas PPK) that have direct correlation with Kejagung, ICW have not noticed a single one that have been acxomplished by the office.

Aside from the civil society, Chairman of the Great Indonesia Movement (Gerindra) Party had also gave his assessment on the performance of Kejagung.Despite acknowledging that ousting ministers is the prerogative of the President, he iterated that the Attorney General need to perform professionally and refrain from sectoral and partial interest in enforcing the law.

Kejagung is the face of thw government in law enforcement, human rights and corruption eradication. It should naturally involve an extra public scrutiny. When Kejagung does not perform, it would not be an exaggeration to call for replacement of the Attorney General.

Past mistakes in the selection process to appoint an Attorney General should be a good lesson learned for future appointments. In order to have a performing Attorney General, this process should involve the public, KPK, PPATK,Komnas HAM, the Attorney General Commission, as well as other concerned institutions.***