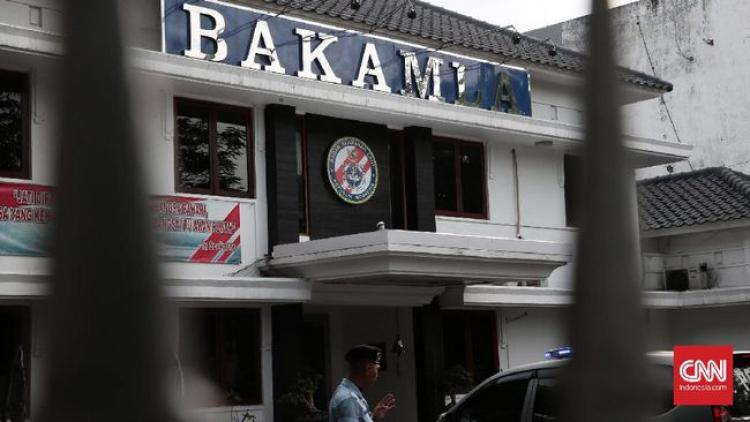 As predicted earlier, the legal process of the bribery case in the procurement of satellite monitoring tools at the Marine Security Agency (Bakamla) is split into two different legal processes. This case is expected to be a momentum to revise the rules and procedures of corruption cases involving members of the Indonesian military (TNI).

Initially, this case was revealed through an operation by the KPK on 14 December 2016. The operation caught Eko Susilo Hadi, Deputy of Legal Information and Cooperation of Bakamla, who was also the Committing Officer. Eko Susilo was caught red-handed while receiving money from Adami and Hardy with the amount of 100,000 Singapore dollars, 88,500 US dollars and 10.000 Euros.

In the Minutes of Examination, Director of PT Merial Esa (MEI) Fahmi Darmawansyah revealed the flow of bribes to a number of politicians and members of the House of Representatives.

Several of the names mentioned include Eva Sundari from PDIP Research and Development Body, Bertus Merlas, member of the House Commission X from PKB, Fayakun Andriadi, member of Commission I from Golkar, and officials from Bappenas and Ministry of Finance. Fahmi’s testimony reinforced the indication that the bribery was intended that MEI won the project budgeted in the 2016 APBN-P in the House of Representatives.

In addition to presenting Fahmi Darmawansyah’s (MEI) testimony, the court also presented Ali Fahmi alias Fahmi al Habsyi who was mentioned as the intermediary for members of the House. Later, the KPK has named the Head of Bureau of Planning and Organization of Bakamla, Nofel Hasan, as a suspect for accepting bribes amounting to 104,500 US dollars. Another name revealed as a bribe recipient was Tri Nanda Wicaksono, Head of the Administration Sub Unit of Sestama, receiving a bribe of 120 million rupiahs.

Meanwhile, the TNI Military Police Center (Puspom) is conducting a separate examination after naming Commodore Bambang Udoyo as a suspect in his capacity as Director of Data and Information of Bakamla and also as the Committing Officer.

In his testimony in the trial with defendants Adami and Hardy, Bambang admitted receiving a bribe of US$ 105,000 as directed by the Head of Bakamla, Vice Admiral Arie Soedowo. This testimony was immediately denied by Arie. According to him, he has reminded his personnel not to receive bribes and misuse funds.

So far, the value of bribes that have been revealed amounted to 309,500 Singapore dollars, 88,500 US dollars, 10,000 Euros and 120 million rupiahs. Also, at least six percent of the total budget of 400 billion rupiahs, i.e. 24 billion rupiahs, has been channeled to members of the House through Ali Fahmi.

The separate legal process in this case is the consequence of Law Number 31 of 1997 on Military Courts, which requires the legal process of TNI members to be carried out in the military court handled by the military police (POM) or military prosecutors. On the other hand, Law 31 of 1997 is contradictory to Law Number 30 of 2000, Article 42 which authorizes KPK to coordinate and control the investigation, examination and prosecution of criminal acts of corruption committed jointly by persons subject to military and general justice courts.

Both of these rules are lex specialis in the Indonesian legal system and sparked a debate over which rule becomes a priority when members of the TNI were involved in criminal acts of corruption.

Although there is a connectivity court mechanism between civilian and military courts in the process of judicial hearings conducted by a mix of judicial elements from the public court and military court, the KPK has never used this step. In the Bakamla bribery case, KPK Chairman Agus Rahardjo only said that the KPK would cooperate with the TNI in handling the case.

If the government of President Joko Widodo is responsive in viewing the problem of the separation of the process of handling corruption cases involving members of the TNI, this case can be a momentum to improve the rule of law so that no state apparatus escapes the eradication of corruption. *** (Kes/Agus)