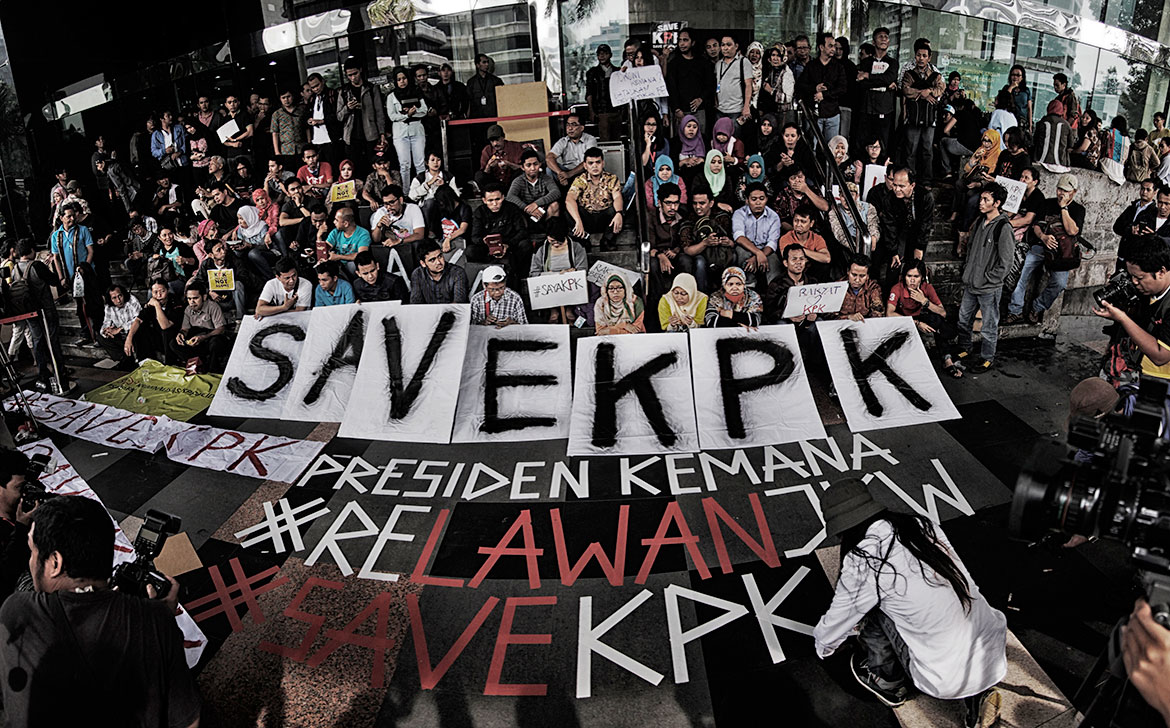 Indonesia Corruption Watch (ICW) was established amid major political reforms in 1998. Instigated by several Indonesian Legal Aid Foundation (YLBHI) activists, ICW was founded on the premise that corruption must be eradicated, as it continues to impoverish people and obstruct justice.

While Indonesia is blessed with plentiful natural resources, the distribution of welfare has traditionally not been fair, and not everyone has enjoyed in its riches. Indeed, many people continue to live in poverty with the gap between rich and poor striking. In addition, corruption is still rampant in among numerous legislative, executive, and judicial bodies. The country is controlled by mafia: energy mafia, forest mafia, and legal mafia. All of the nation’s sectors are dominated by a conspiracy of a handful of ruling elites and corrupt business people.

ICW promotes democratic and corruption-free governance with a just outlook on economy, social aspects, and gender. We also believe that Indonesians must have the strength and organisation to monitor and control the course of government. The people must be instrumental in decision making and support efforts to eradicate corruption.

Since its establishment, ICW has exposed and overseen major corruption cases involving public officials, such as the allegation of corruption against former Attorney General Andi Ghalib, the BLBI case, the YLPPI case worth 100 billion rupiah, the case of police generals’ ‘fat accounts’, the Texmaco case, the corruption around Hajj funds within the Ministry of Religious Affairs, the purchase of Sukhoi aircraft, and a number of other cases.

ICW also oversees regulations that support and further the eradication of corruption, such as the policies and laws concerning the KPK, Witness and Victim Protection, Public Information Disclosure, Elections, Money Laundering, and the National Education System.

ICW collaborates with artists, educators, religious leaders, and human rights, environmental and feminist activists to spread the message that honesty is the first step in eradicating corruption. To strengthen public participation in the anti-corruption movement, ICW is supported by public donations, on the proviso that the donations given are not derived from corruption or other criminal activities.

We work with 42 partners throughout the various regions of Indonesia. We empower potential actors to create political, legal, economic and bureaucratic systems that are just and free from corruption. Eradicating corruption is everybody’s responsibility, and is by no means easy. However, with a strong civil society and the hard work of all, Indonesia can shake off  the shackles of corruption. The flame that keeps burning is the hope that, in the end, we can effect change for Indonesia.

To strengthen the bargaining power of the people in controlling the state and participating in decision making to realize a democratic governance, free from corruption, with justice encompassing economy, society and gender.

To empower the Indonesian people in:

ICW take the following steps in undertaking the aforementioned missions: 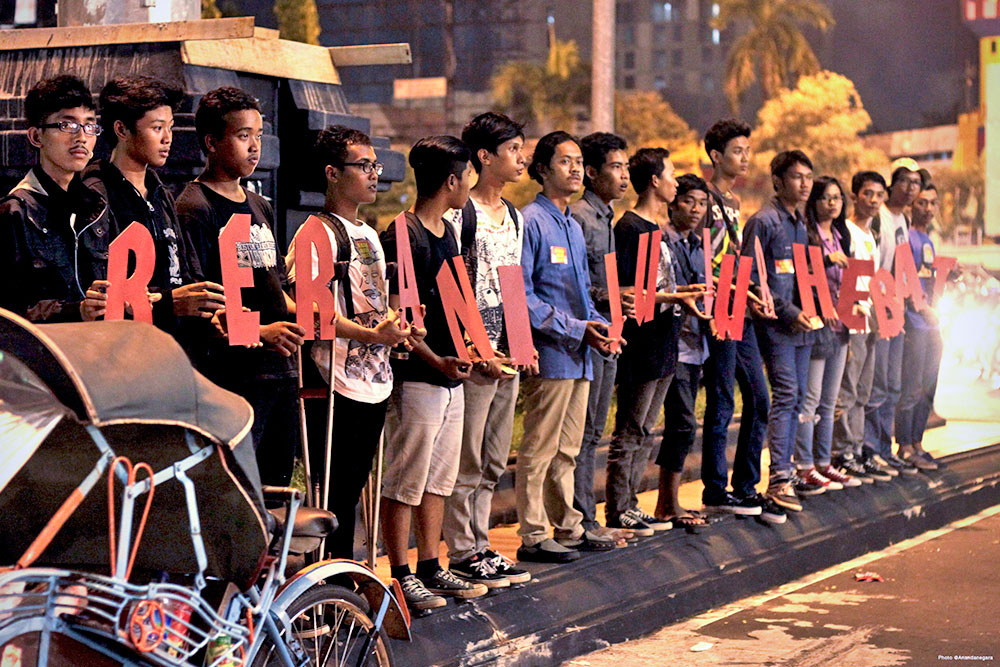 New forms of media continue to appear every year. Therefore ICW needs to select appropriate communication strategies so that ICW's institutional views on political, social and legal changes in Indonesia can be publicized in a language understandable by the public. The Public Campaign Division was formed to manage both offline and online communication strategies. 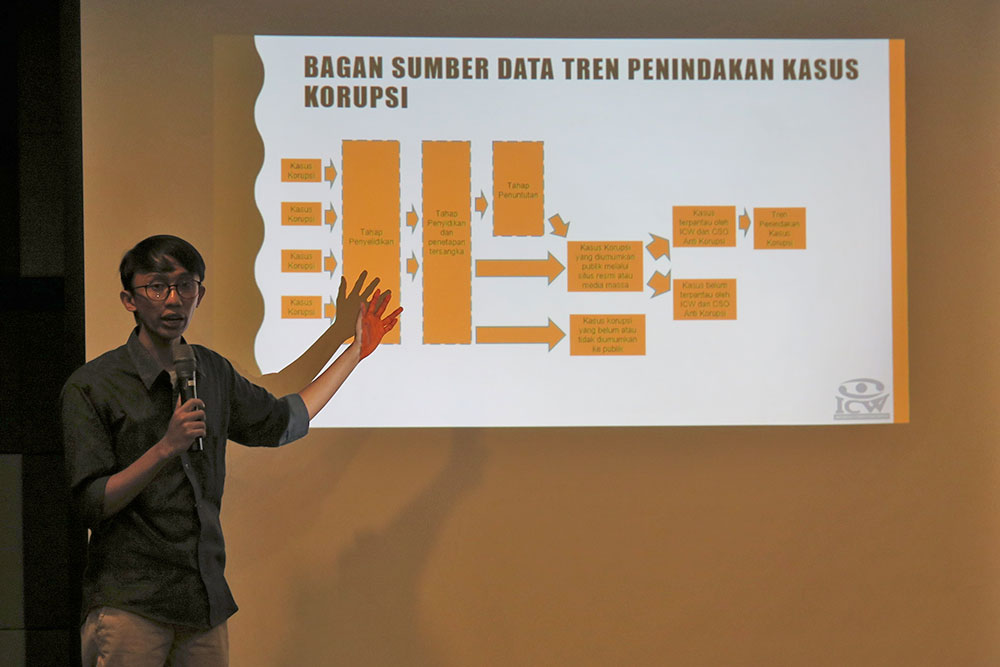 The main purpose of the Investigation Division is to manage reports of corruption cases submitted by the community and provide guidance for reporters to ensure that the case reports can be passed on to law enforcement agencies. In addition, the Division also provides an assessment of the performance of the law enforcement conducted every semester in the form of corruption trends. In addition to handling case investigations, the Division also gives advocacy on the implementation of the Public Information Disclosure Law (UU KIP). 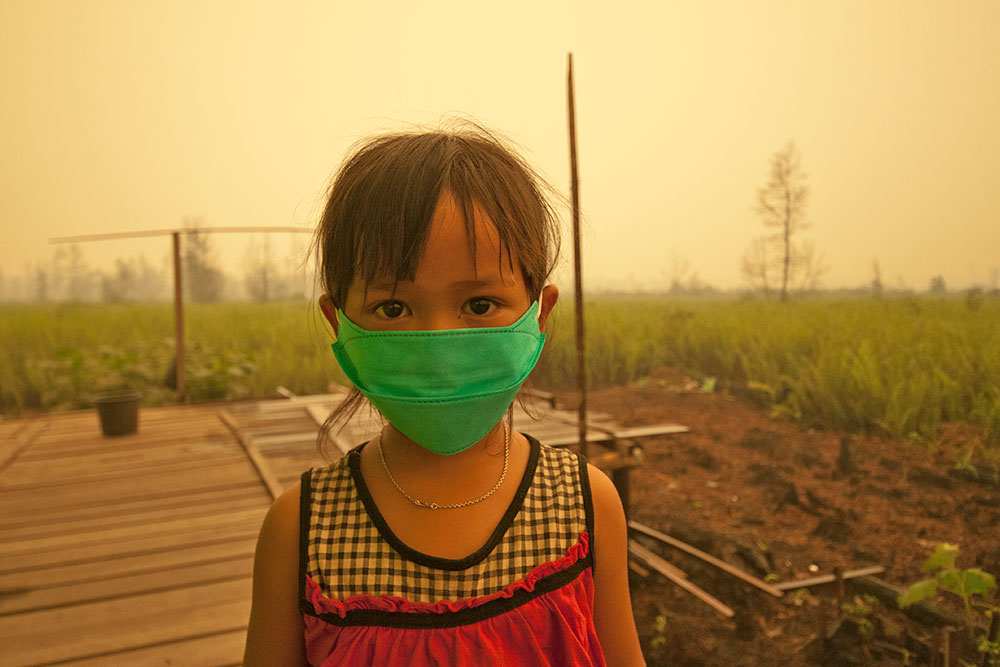 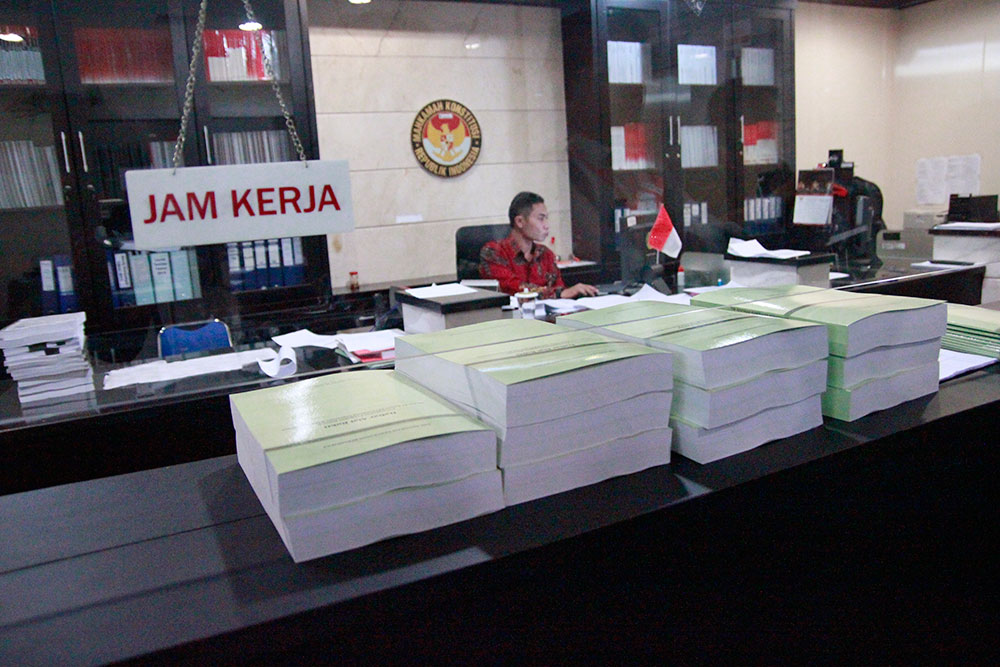 Law enforcement in Indonesia has not been fully satisfactory for community justice; corrupt judicial practices are also common in courtrooms. The Law and Judiciary Monitoring Division of ICW supervises various law enforcement agencies, and monitors various legal products relevant to the eradication of corruption. 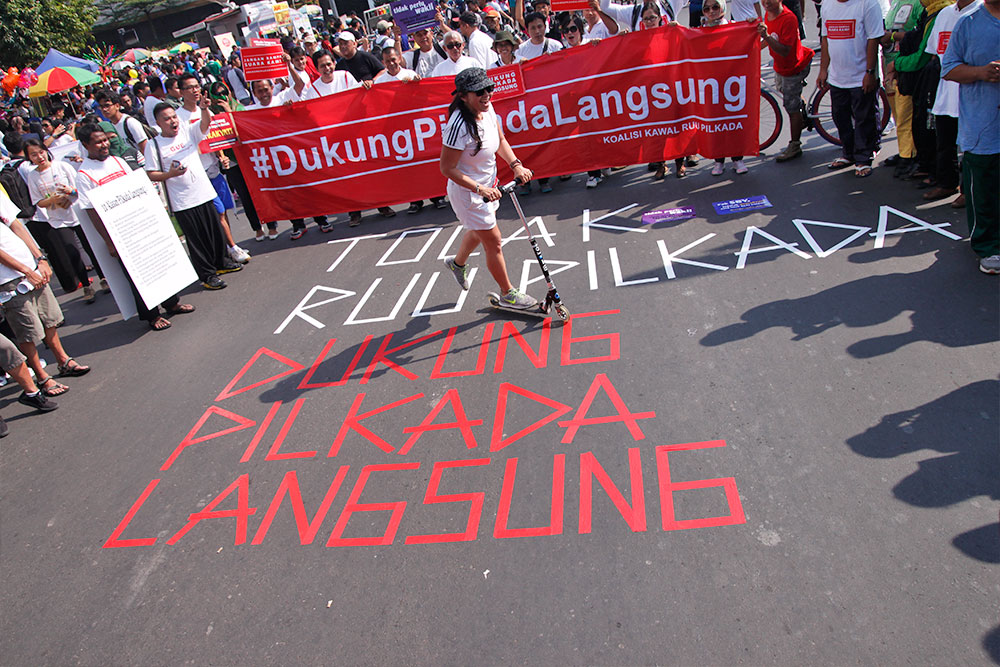 The main focus of the work of the Political Corruption Division is promoting transparency and accountability in the political sector through various methods. This Division conducts research and studies on business political patronage at the local up to the national levels.

The Political Corruption Division also conducts advocacy on actual issues of budgets, corruption in the parliament and the local government. 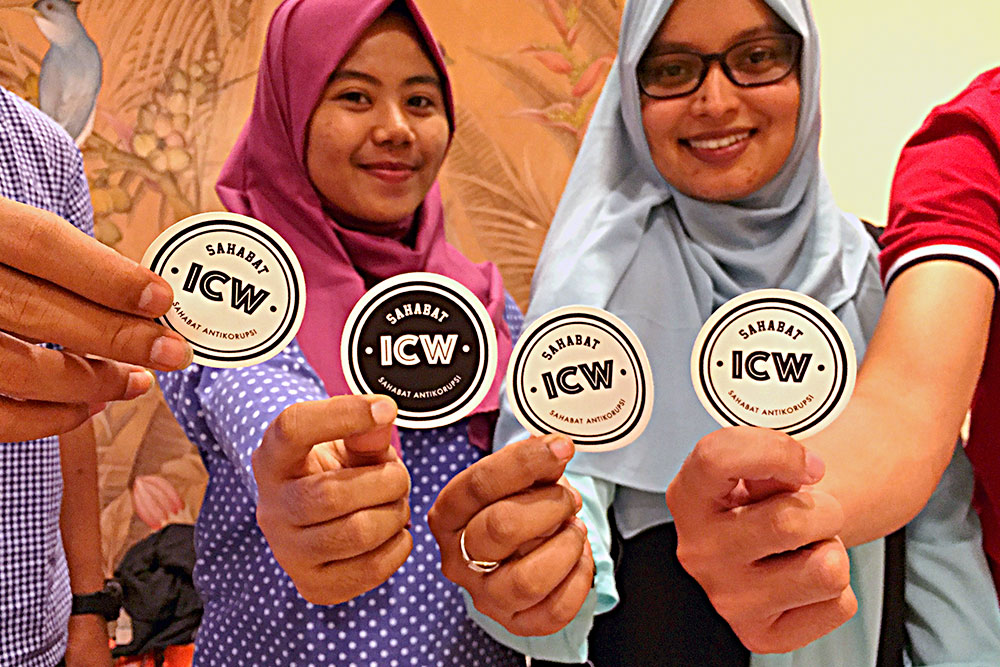 Indonesia Corruption Watch (ICW) is an independent organization. To maintain independence while enhancing the sense of public ownership and maintain the program's sustainability, since March 2010 ICW has opened an opportunity for public donations. By providing financial assistance to this institution, the community members can participate in corruption eradication work. 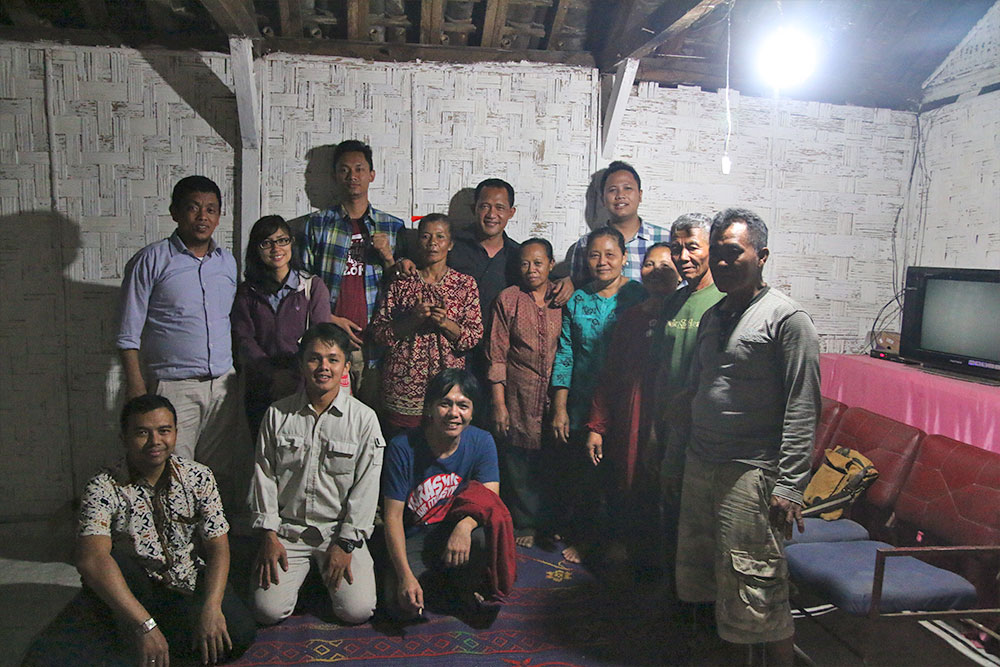 Currently, Indonesia Corruption Watch (ICW) has more than 50 partners spread across the territory of Indonesia, therefore it is necessary to have a division that is able to maintain relationships and communicate the needs of ICW partners in the regions. The Network Division was formed to maintain the consolidation of anti-corruption movements across ICW partners in Indonesia, so that the anti-corruption movement is not only centered in Jakarta, but the regions can get the ball rolling.