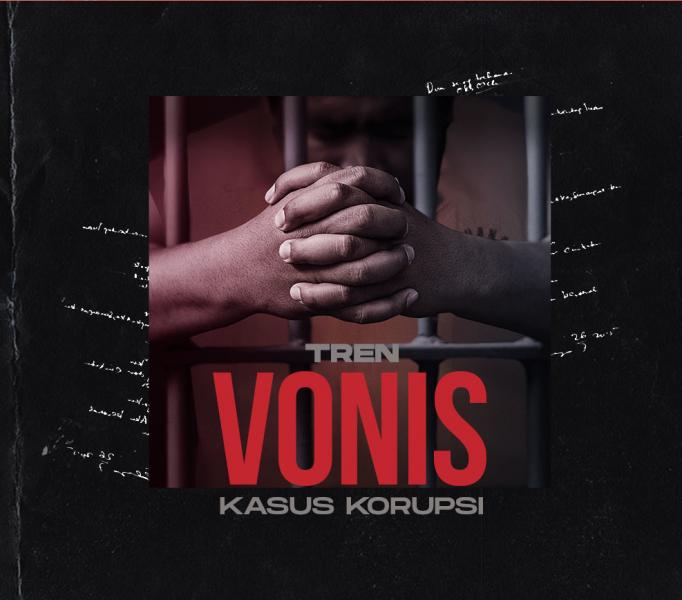 Corruption crime has been categorized as extraordinary crime. This means that the state's treatment of corruptors can no longer rely solely on conventional methods. One of them is related to the verdict handed down by the Court. Simply put, it can be understood that if the court's decision still punishes the perpetrators of corruption lightly, then surely the deterrent effect will never be realized properly.

Since 2005 Indonesia Corruption Watch has routinely monitored the verdicts handed down by the Court to perpetrators of corruption. Starting from the first level of decision in the Corruption Court, continued with the appeal stage in the High Court, then ended with the appeal in the Supreme Court. Not only that, the extraordinary legal effort in the form of a review was not immune from this observation.

This monitoring covers several important aspects, for example related to the average of sentences and demands, the amount of state losses, bribes and compensation money, as well as identifying corruptors based on their position. Also, the number of defendants who were acquitted or dismissed along with the Court that ruled it. In the end, public can see the how serious the court institution ruling the perpetrators of corruption through this monitoring.

The search medium in this presentation was obtained from various sources, both primary and secondary sources. Primary sources are obtained through the decisions listed in the MA directory and case tracking information system, while the secondary are obtained through the media, both print and electronic. However, for the record, there are still many data contained in this monitoring that cannot be accessed by the public, due to the information system in the Supreme Court which has not uploaded all decisions in 2019.

The results of this monitoring will be submitted to the relevant institutions: the Attorney General's Office, the Corruption Eradication Commission and the Supreme Court. Hopefully it can be used as consideration for formulating criminal policies that are more oriented to the entrapment of corruption perpetrators. For this reason, the following monitoring was accompanied by ICW's notes on the court's decisions on perpetrators of corruption throughout 2019.