Setya Novanto’s Detainment is in Accordance of Rules 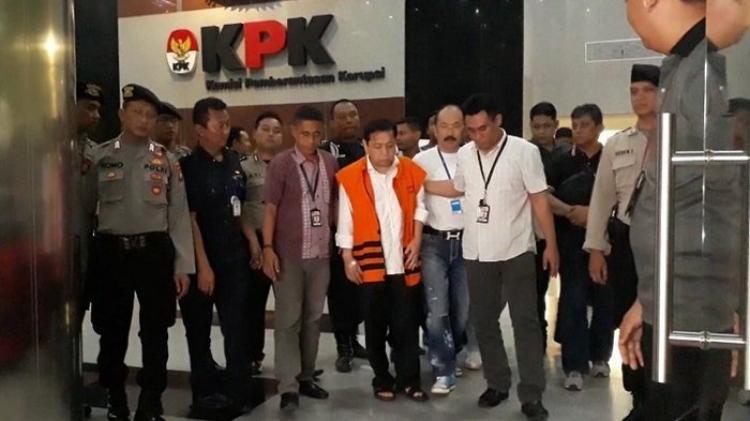 The Commission for the Eradication of Corruption (KPK) finally detained Chairman of the House of Representatives, Setya Novanto (SN) in KPK’s detention center at midnight on 19 November 2017. This arrest was finally made although SN’s arrest was postponed due to his being treated in Jakarta’s Cipto Mangunkusumo hospital due to a traffic accident.

After a series of examinations, the physicians team of KPK, physicians from the RSCM and the Indonesian Doctors Association (IDI) declared that SN no longer required hospitalization, and the postponement could be revoked. SN will be detained for at least 20 days, between 17 November and 6 December 2017.

It is appropriate that SN is detained by the KPK. There are at least two reasons, first, in the Criminal Procedural Code (KUHAP), Article 21 verse 1, it is mentioned that “An order to arrest or detain is effected to a suspect or defendant who is strongly alleged to have committed the criminal act based on adequate evidence, in a condition that raises the concern that the suspect or defendant will escape, destroy or remove evidence, and or repeat the criminal act.”

It is clear that according to the Article, the investigator has the authority to make an arrest if there is a concern that the suspect will escape, destroy or remove evidence, and or repeat the criminal act.

The second reason is, in the same Code, Article 21 verse 4 states that “The arrest can only be effected to the suspect or defendant who committed the criminal act and or an attempt or providing aid in the criminal act, in the case the criminal act is threatened with five years or more of imprisonment.”

As the article relevant to SN, namely Article 2 verse 1 subsidiary to Article 3 of Law No. 31 of 1999, as amended in Law No. 20 of 2001 on the Eraducation of the Crime of Corruption, juncto Article 55 verse 1 number 1 of the Criminal Code, include a minimum prison sentence of 1 year and a maximum of 20 years, SN’s arrest is also in accordance to Article 21 verse 4, as the criminal act is threatened with five years or more of imprisonment.

In the short 20 day detainment period, the KPK needs to consider the possibility of applying the Money Laundering Law, and also preparing for the pretrial motion about to be made by SN. (Tari)