A quest to obtain relocation budget documents through lobbying 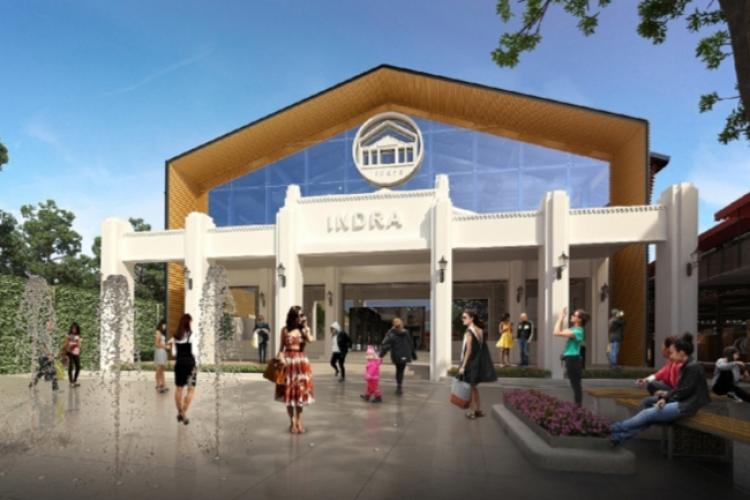 The development of a three-story building for the relocation of street vendors in Malioboro area, Yogyakarta Special Administrative Province was prone to irregularities. The construction of the IDR62 billion building had the highest corruption risk in the province in 2018, according to Opentender.net (hereinafter referred to as Open Tender) developed by the Indonesia Corruption Watch (ICW). Nation-wide, it was the number eight most high-risk construction project during the year.

Knowing this, civil society organizations (CSOs) led by IDEA Yogyakarta and local journalists investigate the fraud allegations in the IDR62 billion (approx. USD 4.2 million) construction project. This collaboration was carried out after their participation in a public procurement monitoring training held by ICW and the National Public Procurement Agency (NPPA) on 1-3 July 2019.

The CSOs and journalists then divided their roles. CSOs sought to obtain the project tender documents from the provincial government. The journalists would subsequently interview relevant officials and ask for their comments on the investigation findings. The results of this collaboration would then be published in the media where the journalists work.

As it turned out, it was not easy to get the tender documents. Ahmad Haedar, a researcher at IDEA Yogyakarta, started the quest by meeting Yogyakarta Procurement Services Unit and the Public Works, Housing, and Energy and Mineral Resources Agency (PUP-ESDM). He did this because IDEA Yogyakarta has experience in partnering with Yogyakarta provincial government, including in implementing poverty alleviation program. The meeting on 24 July 2019 gave him hope. The Head of Cipta Karya Division at the PUP-ESDM Agency Arief Azazie Zain promised to provide copies of the requested documents in just one week.

Two weeks after the meeting, unfortunately, Haedar's hopes vanished. Arief told him that the PUP-ESDM Office could not grant his request to get the project tender document. Arief argued the document was not public information as stated in the Public Works Minister Decree No. 451 of 2017 concerning the List of Exempted Information.

Yet, Haedar did not give up. He studied the regulation and found that the decree issued by the Public Works Minister only regulates the list of exempted information at the national level. Hence, it does not apply at the local level. Hedar then met Arief for the third time on 9 August 2019. He told Arief about his finding and expressed his objections to the refusal. Haedar argued tender documents are indeed open for the public, referring to the Public Information Disclosure Law Number 14 of 2008. He attached several jurisprudences of the information dispute decisions to support his objection. Unluckily, his second attempt to obtain the tender document, again, failed.

The rejection did not stop Haedar from trying. He wrote an official information request to the two agencies. However, their decision remained the same. The tender documents could not be opened to the public.

Haedar then sent an objection letter. However, instead of responding to the document request, the Head of the Regional Infrastructure Development Bureau, a division supervising the Procurement Services Unit, invited IDEA Yogyakarta for a 'mediation'. While in fact, Haedar said, there is no such thing as ‘mediation’ in the Public Information Disclosure Law to settle an objection. "They said, [the mediation is] to ensure a soft and smooth [resolution] process and to get a win-win solution."

IDEA Yogyakarta team met the Economy and Development Assistant of the Yogyakarta Regional Secretariat and the Head of the Regional Infrastructure Development Bureau on 28 October 2019. Apparently, the 'mediation' the government meant was a lobby to stop Haedar from requesting the tender documents. They argue the tender document was exempted because it contains company's owner personal data. Haedar found the argument odd because the tender winner implement a project funded by public budget.

The government agencies finally agreed to give the documents but with several conditions. IDEA Yogyakarta could only use the documents for internal purposes. Distributing the document to the public is prohibited. Lastly, the results of IDEA analysis on the construction project must be submitted only to the government. "They wanted to make sure we wouldn’t leak the documents," Haedar said.

After reviewing the documents, Haedar and team were upset. The documents they get were only a summary and the regulation of the tender process and already available on government websites. "The documents were useless. We should not bother requesting them [from the government], "he added.

Haedar said the Procurement Service Unit refused to disclose the tender document to IDEA Yogyakarta because they knew about our investigation with the journalists. Nevertheless, despite not getting the documents, the journalists were still able to publish their in-depth reporting on the trade center construction project. IDEA Yogyakarta is committed to keep promoting public information disclosure practices in the region.