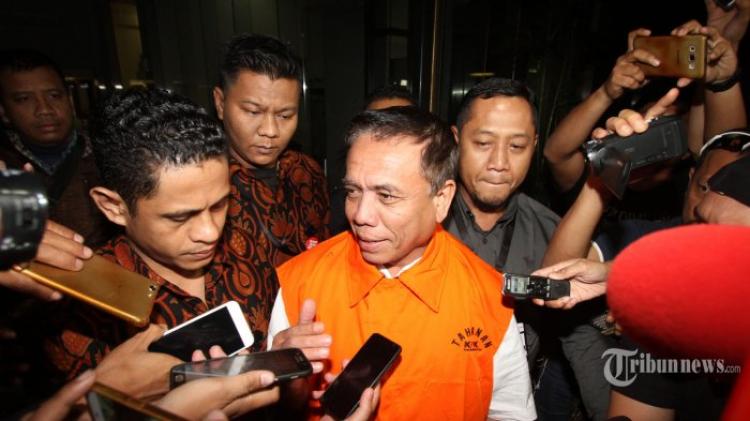 The Corruption Eradication Commission (KPK) arrested Governor of Aceh, Irwandi Yusuf for alleged bribery, in the Hall of the Governor of Aceh on Tuesday (3/7). From the results of the raid operation, KPK seized evidence in the form of money amounting to Rp 500 million originally provided by the Regent of Bener Meriah, Ahmadi to Irwandi Yusuf. The KPK stated that the money was part of a commitment fee amounting to 8%, which is a share for officials in the Aceh Provincial Government, of any project financed by the Special Autonomy Fund (Otsus).

The bribes were collected from a number of businessmen coordinated by Ahmadi. Now, Ahmadi and Yuzal and Syaiful who are entrepreneurs, have been designated as suspects. Then on Saturday, July 7, 2018, the Commission searched his Irwandi’s home and found some documents and electronic evidence related to the Special Autonomy Fund of Aceh (DOKA) 2018. The evidence is believed to strengthen the alleged embezzlement of the Special Autonomy Fund.

The community must also play an active role in overseeing the use of these funds. Given the main purpose of the Special Autonomy Fundis to accelerate regional development, improvee education and welfare of the community, the community should use public information disclosed by the Government of Aceh in order to find if there were misuses in the program, the finder  can report it to the KPK.

Meanwhile, as a measure of prosecution, the Commission must investigate the case of corruption of the Dana Otsus Aceh thoroughly, so that all involved perpetrators get proper punishment sand can provide a deterrent effect against the perpetrators.