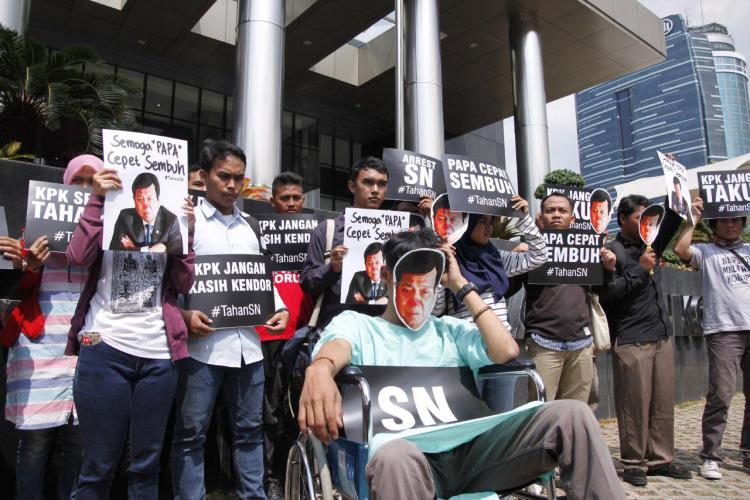 It has been a fortnight since Judge Cepi Iskandar granted Setya Novanto’s (SN) pretrial motion. SN’s status as suspect in the e-KTP corruption case resulting in a state loss of IDR 2.3 trillion has been revoked since the granting of the pretrial decision. However, the decision did not simply make the suspicion of corruption involving the chairman of the House of Representatives go away.

The granting of the pretrial motion has been a powerful blow in the battle to eradicate corruption, especially in the e-KTP megacorruption case. Furthermore, the decision also results in controversy and is regarded to injure the legal system in Indonesia, and does not reflect a sense of justice leaning towards the society, including in the attempt to fight corruption.

In SN’s pretrial hearings, several anomalies have been apparent. The Indonesia Corruption Watch (ICW) noted at least six anomalies of Judge Cepi in the process. First, the judge refused to show the evidence of SN’s involvement in the e-KTP corruption. Second, the judge refused to hear the expert witness from KPK. Third, the judge rejected KPK’s objections. Fourth, the judge did not grant the request for intervention, reasoning that the lawsuit has not been recorded in the information system. Fifth, the judge questioned the KPK expert on its ad hoc status, which has no bearing to the case. Finally, the KPK performance report from the Parliament’s Inquiry Committee was used as evidence in the pretrial.

Due to this decision, the nickname ‘eel’ applicable to SN becomes even more suitable.

Yet, KPK’s defeat in the pretrial is not the end in the attempt to uncover the e-KTP corruption case. KPK can again entrap SN as a suspect in the e-KTP case. This is made possible through Supreme Court Regulation (Perma) No. 4 of 2016, Article 2, verse (3). The regulations states that the validity or otherwise of the naming of suspect does not annull the act of crime, and the investigator has the authority to name the same person as a suspect with at least two new evidences.

Other than Perma No. 4, there is also Decision of the Constitutional Court No. 42/PUU-XV/2017. The decision states that the law enforcement can reuse an evidence that was used in a previous case, with the note that the evidence has to be updated.

These have given the chance, as well as opportunity, for KPK to continue the case involving Novanto. KPK has to publish a new warrant and name Setya Novanto again as suspect. To anticipate a pretrial motion again, KPK should immediately begin the questioning, arrest and forward the case to the trial process. The public continues to believe that KPK will reach this stage in due course. *** (Tibiko/Adnan)