In-Depth Analysis: Vulnerable Points for Corruption in the Health Sector 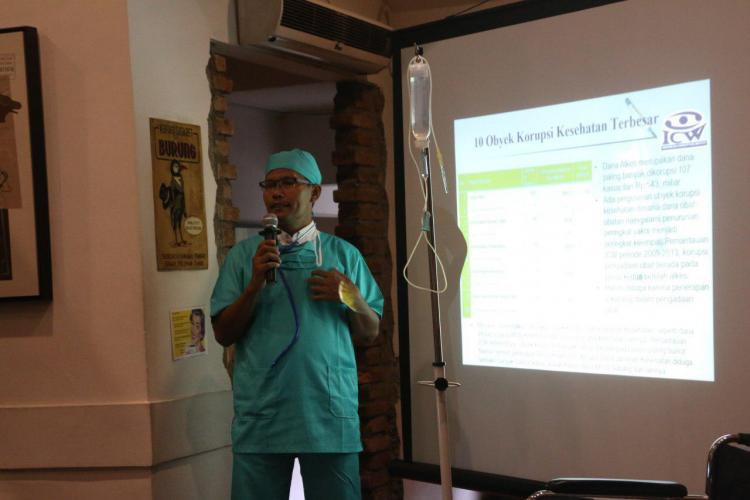 Corruption can occur anywhere, even in the most basic of the public service sectors, namely health. Based on the study of the Indonesia Corruption Watch (2017), between 2010 and 2015, there were at least 219 corruption cases in the health sector involving 519 perpetrators with Rp 890.1 billion of state losses and Rp 1.6 billion.

In the same study, activities that are often subjected to corruption are procurement of health equipment: 107 cases, health insurance fund: 26 cases and hospital infrastructure: 15 cases. Meanwhile, regarding the background of the perpetrators, civil servants (PNS) made up the greatest proportion: 295 persons, followed by private parties: 112 persons. The modes of corruption that were frequently used include inflation of price in 93 cases, misuse of budget in 36 cases, and embezzlement in 33 cases.

The second issue is the information imbalance between the patient or the community, and the health care provider. Many patients or people are laypersons who do not really understand the types of drugs, the technical specifications of health equipment and the health management system. So most patients or communities rely on trust on the part of health care providers. As a result, it is difficult for the society to conduct supervision. On the other hand, health providers have the opportunity to conduct deviations, one form of which is corruption.

Third, the number of civil servants involved in corruption in the health sector is due to the ineffective implementation of bureaucratic reforms, and the continuing practice of conventional procurement systems that allows business people and bureaucracy to manipulate specifications and prices, as well as outsmart the tender mechanism.

Not surprisingly, 2016 BPS data show the saddening fact of high infant mortality rate, reaching 25.5 per 1000 babies, even though the health budget allocations continue to grow. (Tari/Adnan)