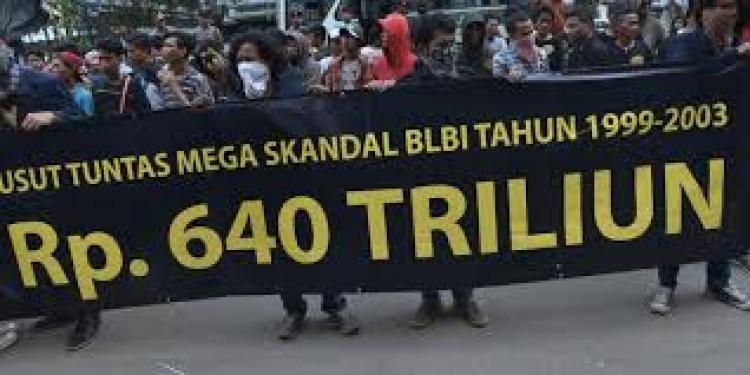 Syafruddin, when serving as Head of IBRA, was considered to have committed abuse of authority in the granting of Certificate of Clearance (SKL) to Sjamsul Nursalim, one of the BLBI debtors, Bank Dagang Negara Indonesia (BDNI). The KPK said the alleged state financial loss in this case reached Rp 3.7 trillion.

Before being handled by the KPK, the settlement process of the BLBI case was colored by several controversial policies and events. Several BLBI debtors were released and discharged, or given certificates of clearance, investigation suspended, or allowed to escape abroad, up to the the submission of rights of interpellation and right of inquiry about BLBI by the House of Representatives.

From the law enforcement side, the resolution of the BLBI scandal was stagnant, especially before the Commission directly handled the case. The previous final step was when the Attorney General's Office in 2007 formed a special team to investigate two BLBI debtors, namely Bank Central Asia (BCA) and BDNI. But only a year later, on 29 February 2008 the Attorney General's Office suspended the investigation of two cases allegedly involving Sjamsul Nursalim and Anthony Salim. They handed over the cases to the Ministry of Finance to be resolved outside the judicial mechanism.

Although the KPK has started a new phase in handling the BLBI corruption case, the settlement of the BLBI scandal cannot be KPK’s burden alone. The government, especially President Joko Widodo, should take this momentum to solve the BLBI problem.

Jokowi's possible steps include: (1) reviewing previous government policies that favored BLBI debtors, even though they were uncooperative; (2) announcing to the public the progress report on debt settlement of BLBI debtors. Based on the BPK audit results in 2006 there were 10 BLBI debtors who were considered uncooperative and 7 debtors who had not paid their liabilities; (3) uncooperative persons must be submitted to law enforcers or KPK to be processed by law.

Of course the public hopes that the KPK be able to resolve the case and ensnare all the perpetrators who were allegedly involved in the BLBI scandal. In addition, the government is also required to take firm steps so that BLBI funds can be returned to the state treasury. We cannot yet predict whether the handling of the BLBI case by the KPK will result in even more political pressure against the anti-corruption institution. (Emerson/Adnan)