In-Depth Analysis: Professors Push the Special Committee of Inquiry Further Into the Abyss 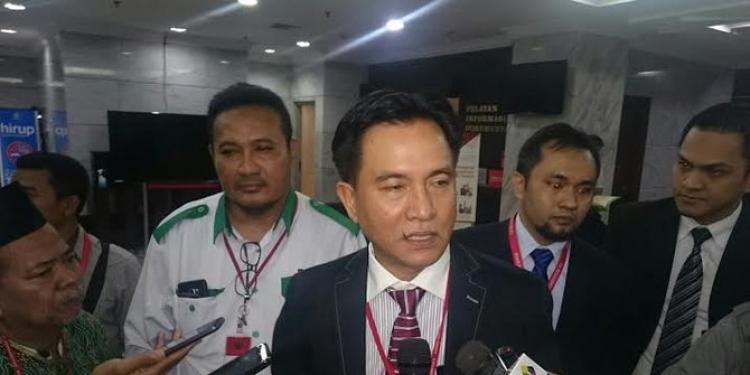 The drama of KPK’s weakening through the invocation of the rights of inquiry by the House of Representatives is increasingly obvious. When the public support towards KPK becomes even stronger, the fallacy of the Special Committee of Inquiry is worsening. As if to cover the festering wound of the Committee in the eyes of the public, it is becoming more indiscriminate and losing its focus.

After trying to threaten to cut the funding for the KPK and the police, the special committee is moving even farther from what it was intended to do. Beginning from visiting convicted corrupt officials in Sukamiskin, members of the Committee claimed to have heard scary stories on the legal process conducted by the KPK.

Another activity is inviting experts and professors of law. However, those invited did not come from the hundreds of professors and lecturers who openly supported the KPK; instead, they invited professors known to attack the anti-corruption institution, such as the Padjajaran University law professor Romli Atmasasmita, and constitutional law expert/former minister of law and human rights Yusril Ihza Mahendra. Instead of correcting the conceptual basis of the Special Committee, these professors push the committee deeper into the abyss.

In front of the committee, Yusril Ihza Mahendra declared that the KPK is part of the executive, and thus, the right of inquiry can be invoked to evaluate KPK’s policies. Immediately scores of other constitutional law experts pointed out Yusril’s mistake. Donal Fariz, ICW’s own researcher stated that in Article 3, Law No. 30 of 2002 on the KPK, it is mentioned that the Committee is a state body whose in the implementation of its duties and authorities it is independent and free from whatever influence of various agencies. Thus, how could the KPK be considered as part of the executive? Law practitioner Todung Mulya Lubis, also Yusril’s concept, is the results of traditional discussions on state administration.

Which next expert and professor will be summoned by the committee to deepen the fallacy of the special committee for inquiry? The only way for the committee to redeem its name is to dissolve itself. (Abid/Ade)