In-Depth Analysis: A political machinations of the parliament 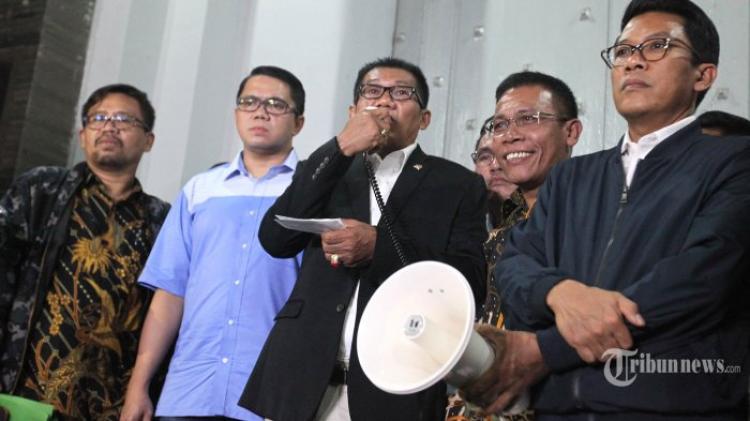 Once again, the House of Representatives displayed a political fracas to the public. While the issue of the validity of the invocation of the right of inquiry has not been resolved, the Special Committee for Inquiry declares its plans to visit the State Audit Body, the Police Headquarters and the Sukamiskin and Pondok Bambu prisons. According to their claims, the visits are intended to obtain input and data on various legal violations committed by the KPK in implementing their duties as upholders of law.

While the public even more strongly rejects the invocation of the right of inquiry against KPK, the House does not seem to be willing to end its political maneuver. The implication is clear: the image of the House dropped again, as the material for the inquiry does not indicate any attempt to strengthen KPK, as they claimed earlier. From the KPK’s side, the attempt of the Special Inquiry Committee can delay the process of handling corruption cases, especially the e-KTP corruption case for which the public is currently waiting for a resolution.

The Special Inquiry Committee seems to have violated a regulation they made themselves. In Article 199, verse (2) of MD3 Law, it is mentioned that a proposal for an inquiry must be accompanied with a document containing the policy materials and/or implementation of the law to be inquired, and has to be accompanied with the reason for the investigation. It is thus not surprising that many have pointed out that the Special Committee has been disoriented.

Looking back, the House’s intent to invoke the right of inquiry has been detected following the hearing of Commission III with the KPK on 19 April. They reason that the inquiry must be conducted due to several reasons: first, the findings of the BPK audit to KPK’s financial report from 2015. Second, the frequent occurrence of document leaks (Sprindik/warrant of investigation or indictment). Third, the claim of KPK investigator Novel Baswedan, who mentioned six politicians who have suppressed a witness in the e-KTP case, Miryam S. Haryani, to retract her investigation report during the examination as witness.

Yet, in the implementation of the work of the Special Inquiry Committee, the three are no longer given priority, as they cannot find any gaps to attack KPK. As a result, the work of the Committee becomes arbitrary and illogical, including in their working method. As an example, the agenda of meeting convicted corrupt officials in Sukamiskin prison. According to the committee, the interest of meeting the convicts is to find out any violations of law conducted by the KPK to these convicts. Obviously the interviewed convicts have nothing nice to say about the KPK, which have landed them in prison. Of course, the judges have also made verdicts that they are found guilty of corruption. In short, the Committee has an impression of trying to find KPK’s weak points. It is important to note that the committee will continue to work for a rather long period of time. In Article 206 of MD3 Law, it is mentioned that the inquiry committee will report its work to the House Plenary Session at the latest sixty days after the formation of the committee. Thus, it is sure that for a rather long time, the KPK cannot freely implement the mandate of the Law to eradicate corruption due to unending political pressure. (Kurnia/Adnan)