In-Depth Analysis: The House’s Invocation of the Right of Inquiry Runs Counter to the Elimination of corruption 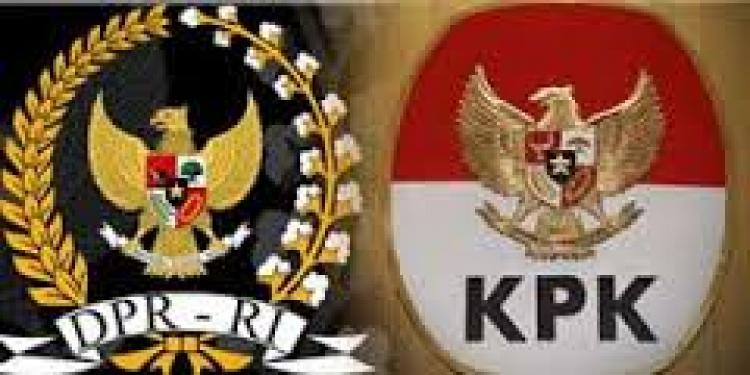 The right of inquiry is the Representatives’ right to conduct investigation, which is guaranteed by Law No. 17 of 2014 on MPR, DPR, DPRD, and DPD (MD3). In accordance with Article 79 Paragraph (3), the right of inquiry is the right of the Parliament to investigate the implementation of a law and/or Government policy related to an issue that is important, strategic and having a broad impact on the life of the community, nation and state.

However, the use of the right of inquiry against the KPK seems to be far from the actual mandate of the use of the right, because it instead shows the arrogance of legislative power as well as interfering with the e-KTP case being investigated by the KPK.

Referring to the provisions of Article 79 paragraph (3), substantially, there has been no violation by KPK in carrying out its function that could harm the public interest. In addition, making the Commission as the object of the invocation of the right to inquiry is highly irrelevant, because the Commission is not a government element as referred to the Law. KPK is an independent state institution and not part of the government elements that can be targeted as the object of the use of the right of inquiry.

In the process, the right of inquiry is also procedurally defective, because in the process of ratification in the plenary session, it did not get the approval of most factions and members of the House of Representatives, and not all factions in the House were given opportunity to present their views.

On the basis of this matter, it becomes increasingly clear that the Inquiry is highly inappropriate and disoriented because it has no clear foundation and purpose, meaning that it is no more than a form of Parliament's intrigue to influence and intervene in the legal process for handling the e-KTP corruption case. The parties who propose and initiate the right of inquiry can be interpreted as trying to obstruct justice, as an effort to obstruct the ongoing legal process.

Strategies to reject the House’s inquiry

Although it has been endorsed, rejection to the right to inquiry must continue to be done by the non-consenting factions, for example, by not sending delegates to the special committee meeting. The KPK itself must consistently refuse to fulfill the Parliament's desire to provide the demanded evidence, and focus on completing the legal process of the e-KTP case.

The KPK also opens opportunities for the investigation of the parties proposing and initiating the right of inquiry within the framework of obstruction of justice, as stated in Article 21 of Law No. 31 of 1999 in conjunction with Law No. 20 of 2001 on the Eradication of Corruption.

The public should also continue to voice a refusal to the DPR to cancel the inquiry. The strength of community pressure, in addition to being a form of support to the KPK, also asserts that the DPR does not have a strong basis of legitimacy to process and continue the right of inquiry. (Abdullah/Agus)