In-Depth Analysis: BPK: Time to reflect at yourself in the mirror 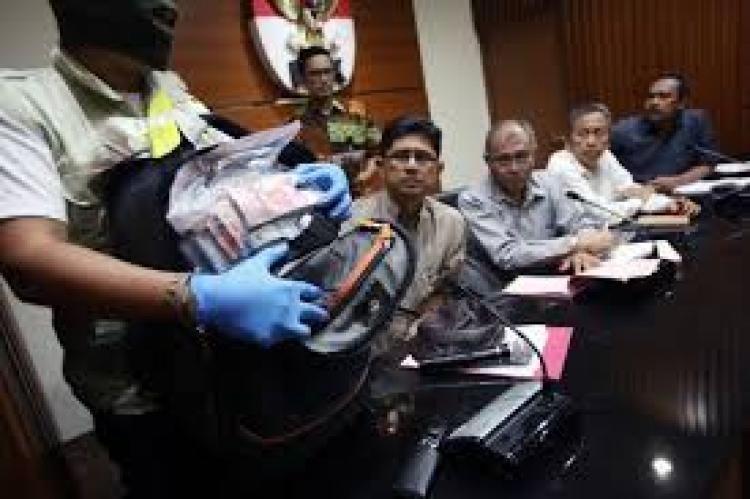 Once again, the Commission for the Eradication of Corruption (KPK) succeeded in conducting a busting operation in a suspected corruption case. As in earlier years, despite the holy month of Ramadan, the anti-corruption commission did not lower its guard towards the practice of bribery. The person caught in the latest busting operation was a high official of the State Audit Board (BPK), who is an auditor suspected of receiving bribery from officials in the Ministry of Village, Development of Underdeveloped Regions and Transmigration. This bribery is suspected to be related to the unqualified opinion (WTP) by the BPK to the results of the audit of the financial report of the Ministry of Village in the 2016 fiscal year.

This arrest is ironic in the extreme, as the BPK is a state financial audit institution supposedly the leading edge in the movement to eradicate corruption, especially in prevention. This is mentioned in the BPK Law, declaring the body as the supreme auditor of state finances. This means that all managers of state finances have to deliver their reports to the BPK to be audited.

Results of the audit of the financial report are then given an opinion. The highest rank is unqualified opinion (WTP), followed by qualified opinion (WDP), disclaimer opinion (TMP) and adverse opinion (TW) as the lowest rank. According to Indonesia Corruption Watch records, this is not the only time an audit board official is suspected to be involved in a bribery case. Between 2005 and May 2017, at least there have been six cases of bribery involving 23 BPK officials.

When inquired further, the suspected bribery cases involving BPK officials are generally related to their task of examining state financial reports, including giving the opinion to the financial reports. BPK auditors have the authority to give an opinion to the financial report, and in the case of Rochmadi Saptogiri et al, arrested by the KPK, there are strong indications that the party giving the bribe, namely the Ministry of Village, desired to have an unqualified opinion from the party receiving the bribe, namely the BPK.

It has to be noted that an unqualified opinion does not necessarily mean that the financial reporting of a certain state institution is free from corruption and mishandling. This is because the audit of the financial report is only done to ensure that the presentation of the report has fulfilled the Standards of State Financial Reporting, and presented in an adequate manner. In practice, though, the unqualified opinion predicate is misinterpreted by several officials, as if it were prestigious and a guarantee that the official or body is free from the taint of corruption. As a result, in order to obtain the unqualified opinion, they would justify any means, including colluding and bribing the audit officer.

If the prestige of an unqualified opinion to a financial report can be bought, the cycle of corruption will not end. Based on this case, it is time for the BPK to reflect at itself in the mirror, reexamine its organizational governance, especially in developing a culture of accountability of their discretion and authority to give opinions to financial reports, so the BPK will truly become an independent and free body, working in integrity, independence and professionalism, as mentioned in their motto.*** (Firdaus/Adnan)