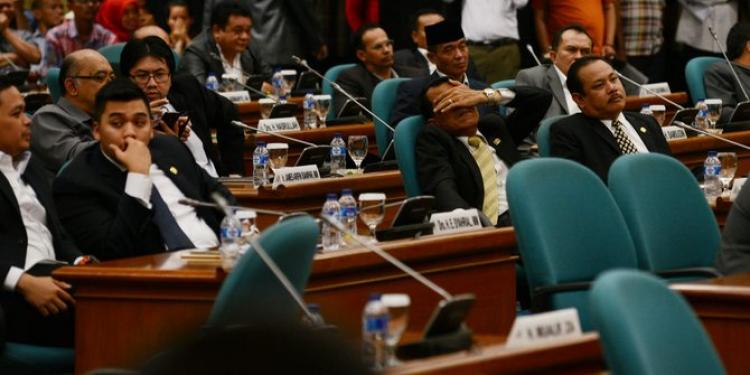 KPK in the brink of abyss: How the Revision of KPK Law will permanently impair KPK

After a failed attempt to revise KPK Law in June 2015, this week the House of Representatives (DPR) take another attempt to weaken KPK. The new version of KPK Law Revision has been circulated around social media and received various responses, be it from public, the government, or DPR members themselves.

However bluntly the public refused the idea of having an independent anti corruption body only for 12 years long, the initiators seem indifferent.

There are at least 17 critical points within the KPK Law Revision which would not only weaken KPK, but also put it into permanent damage. The revision will not only strip KPK’s authority to prosecute, but also to recruit independent investigators and workers. Not only that, KPK will also be prevented from dismissing its own investigators without recommendation from Attorney General Office and the National Police Force.

Parliamentarians are eager to have this motion discussed and enlisted it into the national legislation program for 2015 (Prolegnas 2015). This eagerness especially comes from the government supporting parties, such as Indonesia Democratic Party of Struggle (PDI-P), National Democratic Party (Nasdem), United Awakening Party (PKB), People’s Conscience Party (Hanura), and United Development Party (PPP). Contrary to the supporting parties, President Joko Widodo had refused to revise KPK law, if it weakens KPK works and existence.

In response of DPR's insistence, Suryo Bagus Tri, Anti Corruption School’s Alumnus, initiated an online petition on change.org, titled “Don’t Kill KPK, Stop KPK Law Revision”. Per 9 October 2015, the petition had gathered 34.000 signees, and it was delivered to Amir Syamsuddin (Senior Politician from Democratic Party) to be considered as recommendation from civil society.

In only a day since it was launched on October 8th 2015, number of petition signees have increased significantly. This demonstrates how people are upset by the Revision and any threat to KPK authority and corruption eradication efforts.

As well as the general revulsion, ICW called on the public not to give their votes to parliamentarians who support KPK Law Revision. During a press conference about DPR's One-Year Work Report, Donal Fariz called on voters not to vote for DPR members who’ll rerun on 2015’s Regional Election (Pilkada). This campaign will hopefully put an end to the motion at the parliament and made them rethink their stance on KPK Law Revision.***