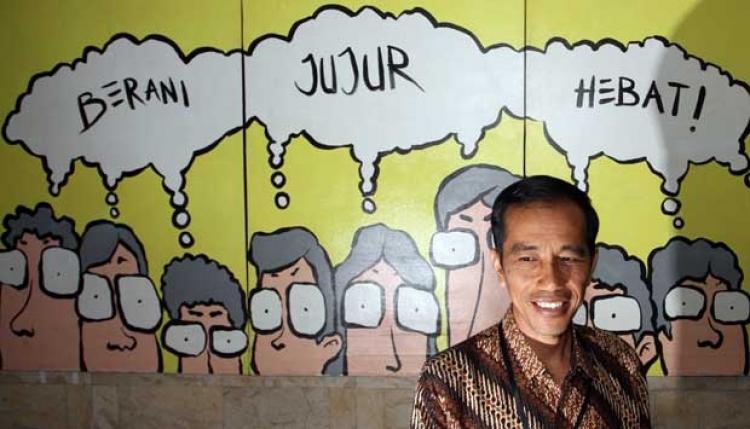 After nearly one year of Joko Widodo (Jokowi) and Jusuf Kalla (JK) administration, the fight against corruption is facing new challenges. For the sake of speeding up strategic projects, the government will soon protect their ranks from corruption allegations.

If they have their way, any public official who makes an 'administrative' offense, even effecting certain state loss, will be protected from criminal charges. These offenses will only be settled with administrative sanctions. Minister of Administrative and Bureaucratic Reforms, Yuddy Chrisnandi, explained that the regulation was designed to provide a safety net for public officials and civil servants.

Based to publicly circulated information, the government will not merely prepare a Government Decree (PP) about Procedures of Administrative Sanctions for Public Officials, but also prepare a Presidential Decree (Perpres) and a Presidential Instruction (Inpres) about Acceleration of National Strategic Projects Implementation.

Between the lines of these three drafts of regulation, there are a number of crucial points that threaten future corruption eradications efforts. First and foremost, these regulations will provide huge discretions for Ministers, Heads of Government Offices, Governors, as well as Regents and Mayors. Such discretion is considered as a necessary measure to overcome the hurdles and difficulties in the name of implementing 'Strategic Projects'.

Second, these regulations will turn several offenses that can be pursued with criminal sanctions as defined by the Law on Corruption Crimes to be treated as administrative offenses instead. This will apply anytime a public official misuse her/his authority and make a policy or take any action that have a potential conflict of interest or effecting state loss, damaging national economy, and/or harming the environment.

Three, there will be restricted space for the Police and Attorney General Office (AGO) to enforce law on corruption cases. The Inpres will require the Police and AGO to prioritize government's administrative process before processing any report on alleged corruption, including to prevent publication of case investigation. Whereas during the last couple of months, both the Police and AGO have been publicly challenged to improve their performance in eradicating corruption and provide public information, calls that they have ignored up to this point.

Four, these regulations impose a government position that neglects criminalization against anti-corruption fighters. Such criminalization charges have been directed at Judicial Commission (KY) commissioners, former deputy minister of law Denny Indrayana, as well as anti-corruption activists. Until today, the criminal charges against non-active commissioners of the Corruption Eradication Commission (KPK), Bambang Widjojanto and Abraham Samad, continue unabated at the hands of AGO. Even after the public and public figures from all corners, including academics and women groups, have repeatedly call on Jokowi to stop the ignominy.

The schemes devised by these regulation demonstrate how the government will provide impunity to any potential abuse of power within their ranks. If Jokowi's Administration is true to nawacita, his campaign programs, then fittingly, he should call off any intention and discourse and implement regulations that would jeopardize future corruption eradication efforts.***