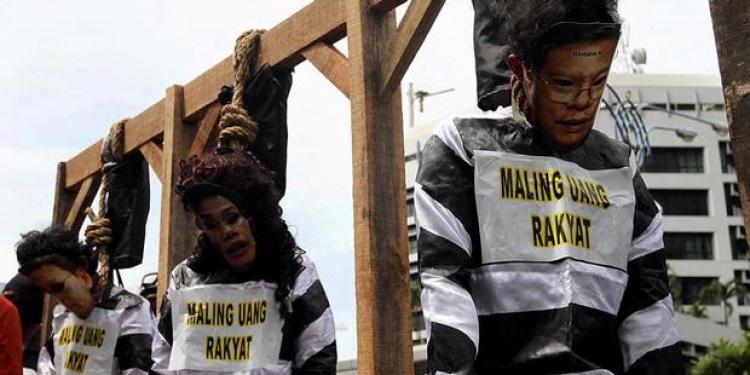 Civil Society Organizations rate the performance of the current period House of Representatives (DPR) poorly compared to the previous term, making them undeserving of a new compound. The poor performance can be measured by the low legislation output. From 39 proposed bills, only two have been passed as legislation to date.

Parliamentarian Wihadi Wiyanto believed accusations against DPR as a lair of corruption due to the sheer number of its members implicated in corruption to be unreasonable. Wihadi gave his statement in response of data from the Corruption Eradication Commission (KPK) which counted 53 parliamentarians named as suspects in their investigation.

KPK are still considering the request from former Secretary General of the National Democrat (NasDem) Party, Patrice Rio Capella, to cooperate as a justice collaborator. KPK's legal bureau will examine whether Rio can justify a status as justice collaborator or not.

“Involvement of others under investigation”
http://print.kompas.com/baca/2015/11/03/Keterlibatan-Pihak-Lain-Diselidiki - Kompas, Tuesday, November 3, 2015

The case of alleged corruption in budget fixing on a power plant project at Deiyai Regent, Papua, which had implicated Dewie Yasin Limpo, a member of Commission VII at DPR, is beginning to implicate other parties. KPK began to probe possibilities of the case involving officials at the Ministry of Energy and Mineral Resources (ESDM) as well as Dewie's colleagues at the parliament.