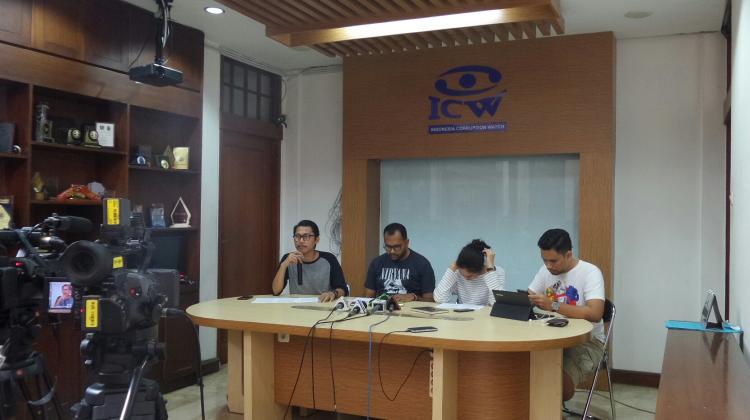 Corruption Eradication Commission (KPK) officially detained Patrice Rio Capella, a suspect of bribery, yesterday, after about 8 hours of examination. Soon after, National Democrat (NasDem) Party Leader Surya Paloh arrived at KPK asking to be questioned as witness in the case that implicated his former Secretary General.

“Dewie Yasin Limpo is due to be replaced in DPR”

Politician Dewie Yasin Limpo was promptly released from her membership in the People's Conscience (Hanura) Party after KPK named her as suspect of bribery in budget allocation of a micro-hydro power plant construction project in Deiyai Regent, Papua. Furthermore, Dewie is also discharged from the House of Representatives (DPR).

“ICW: Who else in Rio Capella's case?”

Indonesia Corruption Watch (ICW) regarded the move taken by KPK to offer a deal as justice collaborator for Patrice Rio Capella as a sign that there are bigger actors involved in the alleged corruption of Social Aid (Bansos) in North Sumatera.

Indonesia Corruption Watch (ICW) called on President Joko Widodo (Jokowi) to discharge HM Prasetyo from his office as the Attorney General. After one year in office, the former politician from NasDem Party could not perform his duties. His poor performance could reflect negatively on public trust over the administration of Jokowi-JK.

The parliament is seen to be arresting the corruption eradication agenda by postponing to elect 5 from 10 candidates for KPK commissioners that were submitted by the President on September 14. Coordinator of Public Service Monitoring at ICW, Febri Hendri, relates the sluggish work of Commission III in DPR to their interest in exchanging their votes for commissioners with the initiative to revise KPK Law.