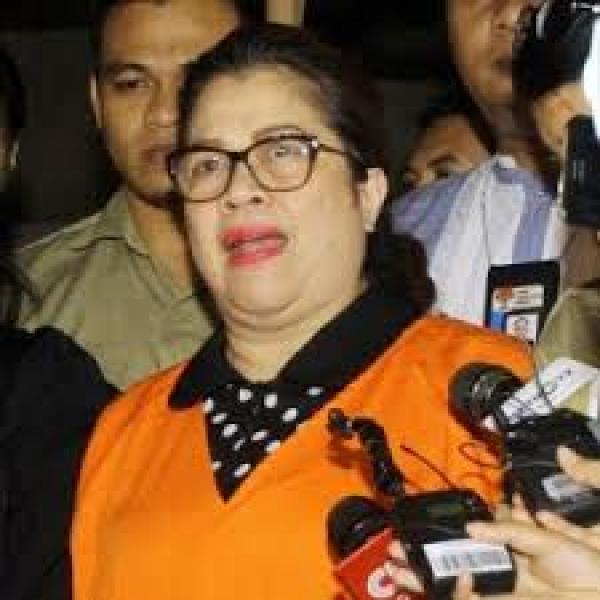 “Dewie Limpo only got 50% bribery”

The bribery for development of a micro-hydro power plant in Deiyai, Papua, that was allegedly received by a member of the Energy Commission of the House of Representatives (DPR), Dewie Yasin Limpo, was only the first delivery. Dewie's personal secretary, Rinelda Bandaso, was receiving bribery when arrested by KPK investigators at a restaurant in Kelapa Gading, North Jakarta.

Eight religious figures was questioned today at the Attorney General Office of Deli Serdang. They were examined as witnesses in an alleged corruption of Social Aid (Bansos) and grant by the North Sumatera Provincial Administration which implicate North Sumatera Gov Gatot Pujo Nugroho and his second wife, Evy Susanti.

State Attorney General (Kejari) of Subang yesterday examined five top officials in Subang Regency Administration. They were implicated in a corruption of Social Aid (Bansos) in 2014 at the Office of Naval and Fishery which amounted to Rp 2.9 billion.

Kastorius Sinaga, spokesperson for Democrat Party, said that KPK's arrest of Dewie Yasin Limpo from the People's Conscience Party (Hanura) highlighted how a ruling coalition of parties are prone to corruption allegations.

Member of the Special Committee (Pansus) for Pelindo II, Masinton Pasaribu, called on Chief of National Police Criminal Investigation Unit (Bareskrim) Com. Gen. Anang Iskandar to pursue the case of Pelindo II. According to Masinton, Chief of Bareskrim (Kabareskrim) so far is only focusing to track down the procurement of crane vehicles.